Seeing as its new years eve I thought I would give a final update with some statistics. As you can see from the BSrac (BOINC Stats recent average credit) column I have been concentrating on Asteroids. 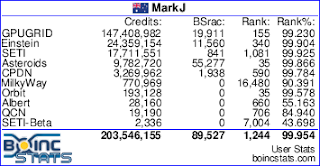 For next year I'd like (weather permitting) to be able to concentrate on GPUgrid and if they ever come back Orbit followed by the others. I figure that GPUgrid can help solve medical mysteries and Orbit can help search for near earth objects that could potentially wipe out the planet.


Future plans
As always I keep an eye out for GPU upgrades if they make sense. That is they need to provide a performance gain without using more electricity than my GTX670's (which use 185 watts max).

In the low-power computing area I have a couple of Parallella's coming. Maybe, one day. There should also be more multi-core ARM based machines out next year. We will see.
Posted by Mark G James at 6:56 PM 2 comments: 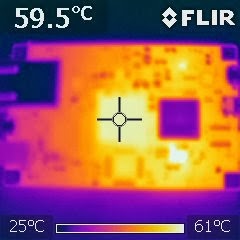 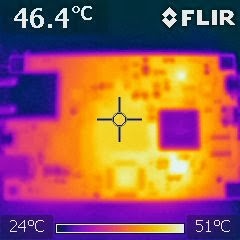 The black chip to the right is the Epiphany which wasn't in use at the time. According to reports from them it too gets rather hot and will also need a heatsink.
Posted by Mark G James at 4:39 PM No comments:

Farm news
We're still off all this week.
I got around to replacing the couple of switches below as I have used all the ports and they don't make these stackable ones any more. So we went from these two 8 port switches 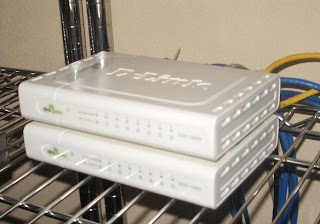 To this 24 port switch. It looks messier because of the cabling but its actually one less than before. I need to tie them off and re-route the power cable but its working at the moment. One advantage of this switch (apart from the extra ports) is its rack mountable. 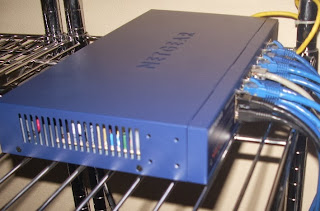 While I was at it the router also died. Maybe as a result of swapping out the two switches although it should make no difference. I ended up buying a new one. They only seem to last a couple of years. I had to spend a bit of time configuring things to get it working.
Posted by Mark G James at 10:43 AM No comments:

Farm news
Not much to report. Its been hot so everything is off, except for the Raspberry Pi's.


Parallella news
They got their first batch of bare boards back and they are a blue colour. These were promptly sent off to have the components fitted and the first batch are back and being tested. They expect the initial 200 boards will be shipped before Christmas. The rest will follow as they are completed. I am hoping I will get mine before Australia Day (26th of January).

It now takes around 80 work units to calculate an asteroids shape.
Posted by Mark G James at 11:43 PM No comments:

Farm news
On the weekend it cooled down for a while so I had the GPUgrid crunchers running for a couple of days until things got too hot again. I had one work unit that refused to upload so I had to dig out the trusty backup file server and hook it up to the dialup modem in order to get the file uploaded. It took about an hour to get though it.

I also installed the additional 2Tb hard disk in the file server. This gets rather time consuming because of the backup and restore. The installation was fairly straight forward apart from the machine refusing to boot. I tracked that down to a loose SATA cable on one of the other hard disks. The file server now has a 5.45Tb array made up of 4 x 2Tb hard disks in a RAID configuration. I have used up all its on-board SATA ports and I don't think it will support individual drives larger than 2.2Tb due to its age.


BOINC testing
We got 7.2.33 which was also the release version last week. The main change since .31 was some more code around preventing images being displayed in notices.


Parallella news
They provided an update. Once again the expected delivery dates have slipped. We're now looking at the end of December before they are likely to arrive. They had some non-technical issue with the manufacturing which was contracted out.

There is supposed to be an announcement today from them but no indication as to what it will be about.


Project news - Asteroids
They went off line a couple of times last week due to server upgrades. They are off-line again for the next couple of days for another server upgrade, however the sysadmin forgot to warn us before.


Project news - Einstein
They've discovered four "young" gamma ray pulsars. These are new discoveries. You can read the news item which has links to the scientific journal and a press release HERE
Posted by Mark G James at 12:46 AM No comments: