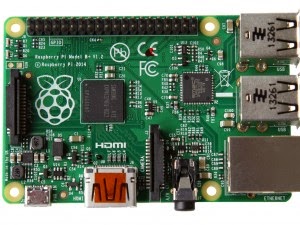 Farm news
As per the last 2 posts were still crunching away at Seti. Recent average credit is around 79 to 80k so its still climbing a bit. Total credits are around 21.5 million.

I noticed one of the Intel GPU machines is producing consistently less work than the other Intel GPU machines. They are all meant to be identical. I had a look and found a BIOS setting that might have been causing this and have changed it. The recent average credit is climbing but I can't tell yet as its still not caught up with the others. I could only do this recently because all the machines are running the same mix of work (Seti), before they weren't.

Asteroids have been having a number of issues with running out of space on their server, specifically for uploads. They only have 1 server. They seem to need more disk space so if anyone wants to help out please ask over on their forums. I suggested they get a Drobo rather than a server as their main need seems to be storage.


Update: Sun 24th of August
The oldest of the Raspberry Pi's has been playing up. It dropped off the network and I couldn't access it. After a few goes at rebooting it I reimaged the SD card and then updated Debian only to have it fail again upon rebooting. I have reimaged another SD card and put that in it.

I suspect the card has reached its limit of writes. Apparently they have around 100k write cycles and most name-brand ones incorporate some wear-levelling. Its a name-brand card and supposedly has a lifetime warranty. I don't have the receipt so couldn't return it anyway.
Posted by Mark G James at 4:45 PM No comments:

Farm news
Crunching continues for Seti. RAC (recent average credit) has hit 70,000 and total credit has just passed 21 million. My new target is 25 million for total credit before I start cutting back.

I am slowly rolling out the new optimised Seti apps that I mentioned in the last blog post. For each machine I run the down the cache until they are out of work before installing them. I could just stop BOINC, install the apps and then start it up again but I would rather have a clean change over in case something is wrong. It takes about a day to run down the cache on the Intel-GPU machines. The Nvidia-GPU machines will be done last.

I am also noticing that there is a general shortage of work for Seti, probably due to the challenge running at the moment and all the extra computers. Quite often my machines will make work requests and get nothing. BOINC will retry but starts to back-off the requests if it keeps failing to get work.

The Parallella's picked up BOINC 7.4.13 today. I had one Parallella set up to define the Epiphany co-processor and the first thing it did when it came up was to make a scheduler request for some work for it. There wasn't any but at least the client can now request work for a user-defined co-processor. There still aren't any apps that can use the Epiphany at the moment.
Posted by Mark G James at 11:43 AM 2 comments:

Farm news
As I said in the last post the farm is merrily crunching away Seti work. RAC (recent average credit) has now climbed to 65000. That is average credits per day.

Being the middle of the month I got a bunch of windows updates. I have to apply them on 12 machines which all takes time.

I tried installing boinc_app_seti via the repo on a Raspberry Pi. It ran for about 10 minutes before crashing the Pi. I then had to reboot the Pi, remove the app and detach it from Seti. It would appear to be rather unstable. The Pi is now back to crunching for Einstein.


Project news - CPDN
Their database server crashed. Last I heard they have been trying to set up a virtual machine to replace the old server they had. They have been off-line for around 3 days now. While I have completed and upload my tasks I can't report them as completed until they can get the server going.


Project news - Seti
We got updated optimised apps for Seti. They updated the installer to v0.42. See the Lunatics web site http://lunatics.kwsn.net/ for these. I will be running down one of the Intel-GPU machines and installing them on it before I roll them out to the other machines. The CPU apps in particular are faster.

One of the teams (Seti.Germany) are running a challenge from the 15th to the 29th of August. This is timed with the anniversary of the Seti Wow signal back on the 15th of August 1977.

Farm news
We had a cold snap so I fired up one of the 12 core crunchers to help out. I generally don't use them much these days because they use more power than the other (newer) machines and are also a bit slower. I don't expect the cold weather to last.

I have passed the RAC (recent average credit) figure I had for Seti before going away. Usually it takes about a month to settle but after a week and a bit we're up to 35,000 and it looks like its still climbing. All the decent hardware is crunching for Seti at the moment. The lesser hardware (Raspberry Pi's and the Parallella's) are doing Einstein work.

I managed to pick up some stray ClimatePrediction work (like 1 work unit each) on 4 of the Intel GPU machines. They are happily running alongside the Seti work,


BOINC testing
I rolled out 7.4.8 to most of the farm this week. Then after a fair bit of break between versions we got 7.4.12 for testing. I've got it on one machine. It has a few cosmetic issues under windows but apart from that nothing major seems wrong with it.
Posted by Mark G James at 7:21 PM No comments: