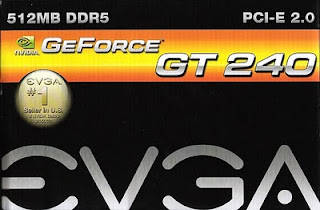 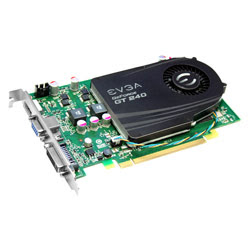 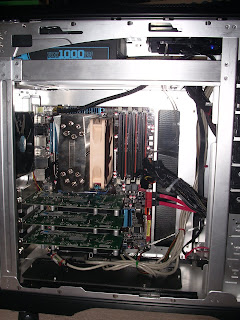 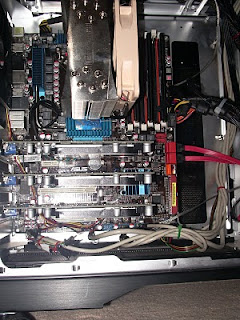 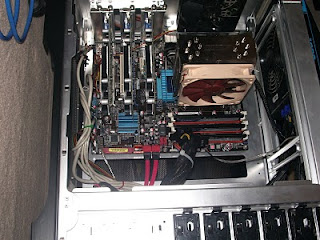 Speed-wise they are slower than the GTX260's but then you can't get the GTX260's any more. They only have 96 shaders (now called cuda cores) so they are theoretically less than half the speed, but the GDDR5 memory system helps to make up for some of that. I have run some GPUgrid work that comes in over 10 hours, where a GTX295 takes 6 hours.
Another "feature" to note is that under Windows Vista and 7 you need to put vga dummy plugs onto the 3rd card before it can be used. I asked in my computer shop for one and they had never even heard of them. All they are is a couple of resistors in a vga plug to simulate load.
Posted by Mark G James at 9:34 PM