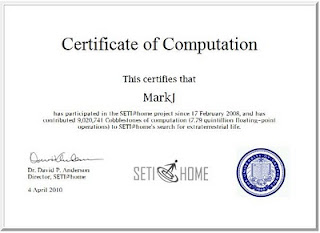 
Qui-Gon playing up
This is a quad-core machine with a GTS250 card in it. It was working most of last week without any problems. On Friday it decided it wasn't going to work any more and had a constant beep from its speaker and not even a BIOS screen. It did this a fortnight ago when I cleaned it out. I left it off for 2 days. Its now back up and running. I don't know why it does this. The CPU temperature seems to be around 43 degrees according to the BIOS readings.
Posted by Mark G James at 9:31 AM