BOINC testing
We got 7.0.23 yesterday. It has some minor scheduling adjustments and a fix for file permissions in the Linux and Mac versions. So far working without issue on a couple of machines.


Farm news
Nothing much to report this week. As usual a warm week with a wet weekend. We squeeze in as much crunching as possible in the cooler times.

I still need to find a case for the Adventure (see my previous blog post). No further developments regarding the coprocessors from either Adepteva or ClearSpeed. I still need to sell off old graphics cards as well.


GSoC
BOINC has been selected for the Google Summer of Code (GSoC) 2012 program. Once a open-source project has been selected students can put proposals forward for what they would like to do with it. The open-source project then selects which ones they would like done and matches students to the task(s). Google offers a stipend to the selected students while they do the coding throughout summer.

Does anyone know where to get this case?

This is the case the company in Japan use for the Adventure boards. It seems nobody in Australia has a similar product. I need one of these so I can get the thing running. I would rather not have to import one from Japan if it can be avoided. 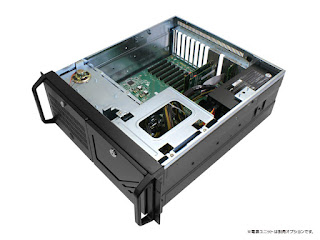 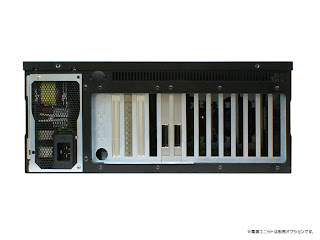 BOINC testing
We got 7.0.21 yesterday. Its mostly changes for Virtual Box. Speaking of Vbox, it too got updated on the 13th of March. They are on version 4.1.10 now.

There were some minor changes with BOINC to display more of the CPU and GPU allocations "Running (0.2000 CPUs + 0.333333 NVIDIA GPUs)". A bit of overkill really that prompted discussion on the mailing list. We seem to have come to the concensus that 3 decimal places is sufficent.

Coprocessors
I have been doing some reasearch into co-processor boards. There is a company called ClearSpeed that makes a floating point maths co-processor. Its available as a PCIe card (e710), a HP blade server card (e720) or a single chip (CSX700). They have a fairly decent product but horrendous pricing. There were some rumours that AMD were interested in adding their co-processors to their motherboards to make up for a lack of floating point performance.

If anyone has a 2nd hand e710 for sale please get in contact.


A while back I also looked at a similar offering from Adepteva, They too have horrendous pricing (worse than ClearSpeed) but offered to contact me when their lower-priced development kit was available, which should be this month. They were in the process of shrinking their current chip which had been released as a 64 core cpu network on a single chip.


Farm news
Another warm week and then it rains on the weekend, So not much done during the week and a flurry of activity on the weekend when I have time to keep an eye on my babies.


GPUUG hardware donations
The two servers were delivered last week to the Seti at home offices. The project staff have been setting things up to instal them in their server room racks. Here is a link to a picture of all 3 sitting on a table as they unpack them: http://setiathome.berkeley.edu/forum_thread.php?id=67190


While they were working on the JBOD they found that 5 of the drives for it were dead on arrival. They'll get replaced under warranty, however that has prompted an additional fund-raiser to get some spares for the thing seeing as it has so many drives


Project news - Einstein
They have a option on the web site that allows the user to run more than one GPU work unit at a time on the same graphics card. Previously the only way you could do this was via an app_info file, but they have come up with a method.

For those that don't know we normally do this on the Fermi-based GPUs to increase their utilisation, with 2 or more work units the GPU gets 100% utilisation, but a single work unit at a time might only utilise 75% of it. Elapsed time is less than double.

Oh and they found another new pulsar in the Aricibo data.

Project news - GPUgrid
They released a bunch of huge work units called NATHAN_FAX3 that even a top-end graphics card takes 13+ hours to complete. After people complained and many work units were aborted they have reduced the size by 1/3rd. They are still huge, but more able to be completed within 24 hours.


I suggested they have another queue for these huge work units so users could select if they wanted to process them or not. The project already has 3 queues (Beta, Short and Long). They didn't want a 4th queue.


Project news - Seti
They are rolling out new apps. There is an Astropulse version 6.01 available as a stock version. The optimised one is currently being beta tested. There is also the Multibeam version 7 available as stock only at the moment. The MB v6 work can still be computed. The optimized Cuda MB is referred to as "v7 ready", however the CPU and OpenCL apps are not yet ready.

If you have an app_info file you will need to keep a close eye on the lunatics website and the Seti at home message boards for announcements. Once the apps are available you will need to upgrade them.
Posted by Mark G James at 10:42 PM No comments:

BOINC testing
We got 7.0.18 last week. So far working fine. I haven't had a chance to replicate my GPU work fetch testing I did with 7.0.15, but I suspect it still has the same problem.


Farm news
Nothing much happening on the farm this week. We had a pretty hot week with a couple of cool days thrown in. I had the 2 main GPUgrid machines running flat-out on the cool days to try and get things moving.

Still no news regarding the Adventure, need to chase them up again.


GPUUG server donations
Here is a link to some pictures of the recent purchase by the GPU Users Group of a couple of servers for the Seti@Home project. They put together two servers on this occasion.

Again a special thank you to Graham Middleton and the team at the GPU Users Group.

They have only processed data from 2 radio telescopes, so I wonder how many more they could find if they had access to data from other telescopes.
Posted by Mark G James at 6:00 PM No comments: