Farm news
We're crunching overnight at the moment. Not all of the machines as its still not cool enough overnight but some of them are getting work.

The Pi's and the Parallella's are still running constantly too.

This week saw a bunch of windows updates, further complicated by the fact most of the windows machines have been off for the last month, so a heap of updates to download and apply.

I installed the GTX970's into the GPUgrid crunchers and have run a "short" work unit on each machine (they take around 2 hours). The GTX670's will go up on eBay soon.


BOINC testing
We got 7.4.42 for Windows to play with. No major changes just some bug fixes.


Project news - Asteroids
They've been having issues with work units failing to download (server side issue) and the guy that runs it is working in another city so its been left alone. It also was getting a certificate error, but he has managed to fix that. Its out of work at the moment and we're waiting on more.


Project news - CPDN
They've been restricting their work units to different computers, so the ANZ climate models which I used to run are now restricted to Mac computers only. The EU climate models I can get on the Windows machines and they take around 9 hours. The remaining work units are restricted to Linux hosts.
Posted by Mark G James at 10:13 PM No comments:

Farm news
Everything is off except the Raspberry Pi's and Parallella's.. Today got up to 32 degrees, which is basically how hot the room with the computers gets. I really need to look for an alternative (air-conditioned) location for the computers.


Raspberry Pis and wisdom
Much like the last fortnight I have been concentrating on tuning the Pi2's to get the most out of them. That involved the fftw wisdom files which tell fftw what function choices are quicker. The Einstein app that runs on the Pi's and Parallella's will use it if its there.

I ordered some more copper heat sinks as I only had 2 sets, but 3 Pi2's. I also got some USB cables with power switches, as the only way to power them off is to unplug it. The power cables arrived two weeks ago and the extra heat sinks last week.

The timings I am getting for the Einstein BRP4 tasks are around 16.17 hours for Pi2 with wisdom and 13.83 hours with the wisdom and over clocking to 1Ghz. In contrast the B's and the B+ take around 31.5 hours. I have generated a wisdom file for the B+ as well (all the B's have been retired) and will have to wait for some results to see if it helps.

Generating a wisdom file can be tricky because the Einstein app has been compiled with fftw 3.3.2. Debian Wheezy has 3.3.2, Debian Jessie has 3.3.4 and Ubuntu Trusty has 3.3.3. The wisdom file has to match the version of fftw. For the B+ I had to put Wheezy on an SD card, boot up the Pi with Wheezy, generate the wisdom and then copy it over to Jessie.


Pi surgery
I also did a bit of surgery on one of the cases to see if it helps with cooling as you can see below. 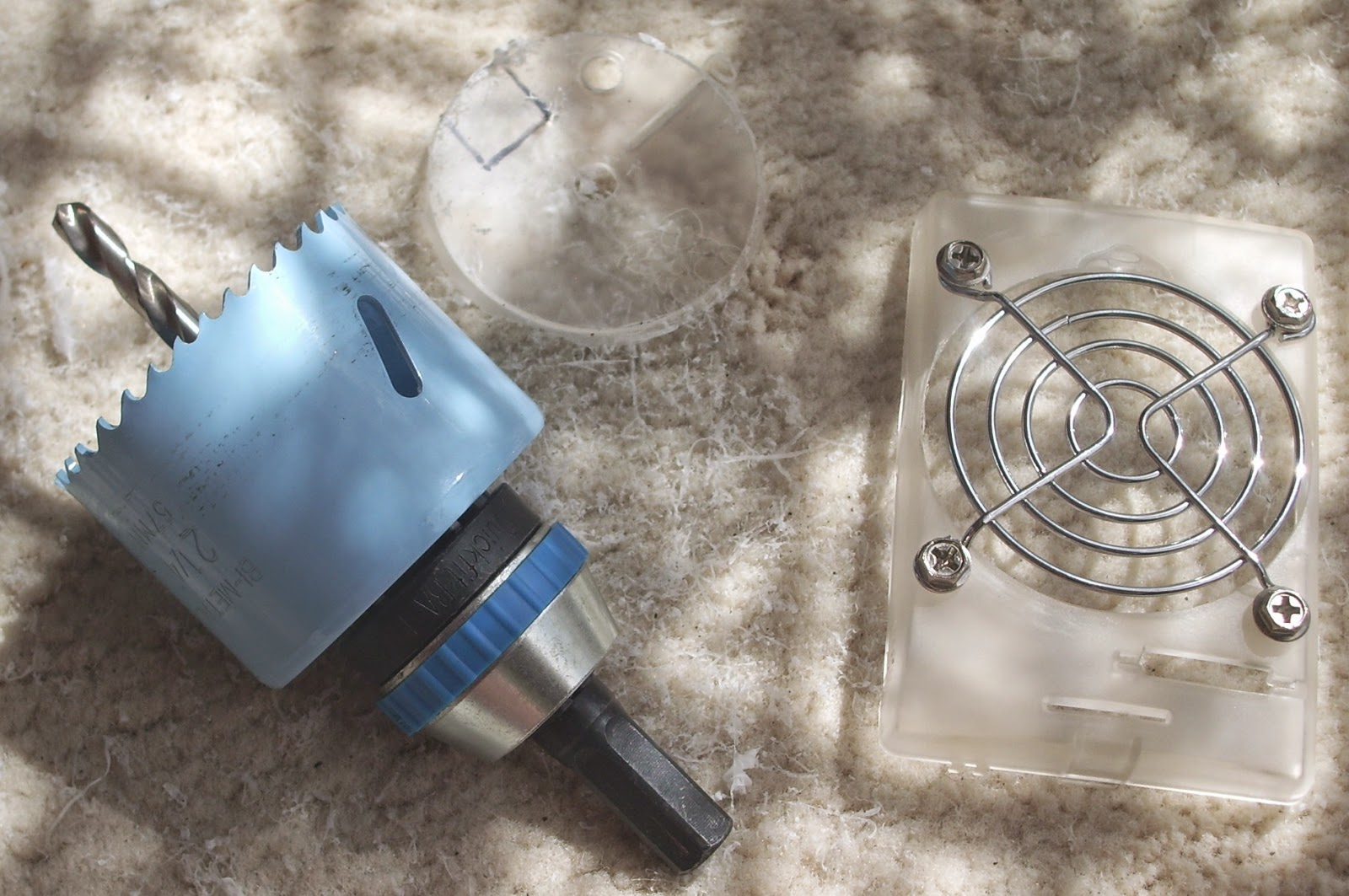 The idea was the same as the older B model Pi that I mounted a fan on top, however thought I would try with just the grill and see how it goes. The Pi with this is running about 5 degrees (C) hotter than the ones without their top on. The case design is curved so its difficult to mount a fan.
Posted by Mark G James at 5:56 PM No comments: