Farm news
Crunching continuing on Seti. Current credit is around 24.3 million. RAC (recent average credit) has dropped quite a bit due to having the Nvidia GPU crunchers off (due to the weather). I have the dual GTX660 machine running overnight most nights and off during the day. The Intel GPU machines are running 24/7 for the moment.


BOINC testing
We have 7.4.22 as a release candidate. I think there will probably be another bug fix or two before it gets released but its getting close.


Future hardware
I have asked my local computer shop to quote on a server-grade machine to replace my older i7-970 machines. They seem to be taking some time to get back to me. It was for a dual Xeon motherboard.


Raspberry Pi's
The Debian-based Linux world had another bug fix this week. The bash bug which could allow a hacker full access to the machine. Debian and Ubuntu have released patches for bash  I have updated all the Pi's as a precaution.

Farm news
Still crunching for Seti. We had a few warm days during the week so the Nvidia crunchers were off during the day. Credit is currently around 23.8 million with a daily output (RAC) around 71,000. It looks like its going to take a while to get to the 25 million target.

The oldest Raspberry Pi has locked up a few times today for no apparent reason. Given all the SD cards were replaced a couple of weeks ago I don't think its the SD card this time.


GPU's
Yesterday Nvidia announced the GTX980 and GTX970 cards based upon the Maxwell architecture. Looking at the specs of the GTX970 they look like a good replacement for my GTX670's. Depending on pricing I may just get a pair. They have more CUDA cores and use less power.

Nvidia are dropping CUDA support on the older cards that are Pre-Fermi (ie Pre-GTX460). If you've got one and you use CUDA then don't upgrade to the latest drivers.

Nvidia also seem to be moving to 64 bit for CUDA with the latest Apple Mac drivers only being available in 64 bit.
Posted by Mark G James at 4:41 PM No comments:

Farm news
Still crunching for Seti. Total credits are now above 23 million however daily output has taken a hit. We had a few warm days this week so I have had to stop two of the Nvidia GPU machines and limit the other one to running overnight.


BOINC testing
We got 7.4.21 during the week. Not much change from .18 which I had on all the windows machines. A couple of tweaks with the manager and some more work on the installer. This version is a release candidate so its getting close to being released.


Raspberry Pi news
The case for the B+ arrived so I have now got it running. That takes the Pi part of the farm up to 6 of them. 5 are the B version and one B+ version. Speed-wise its identical to the others as they use the same SoC (System on a Chip). 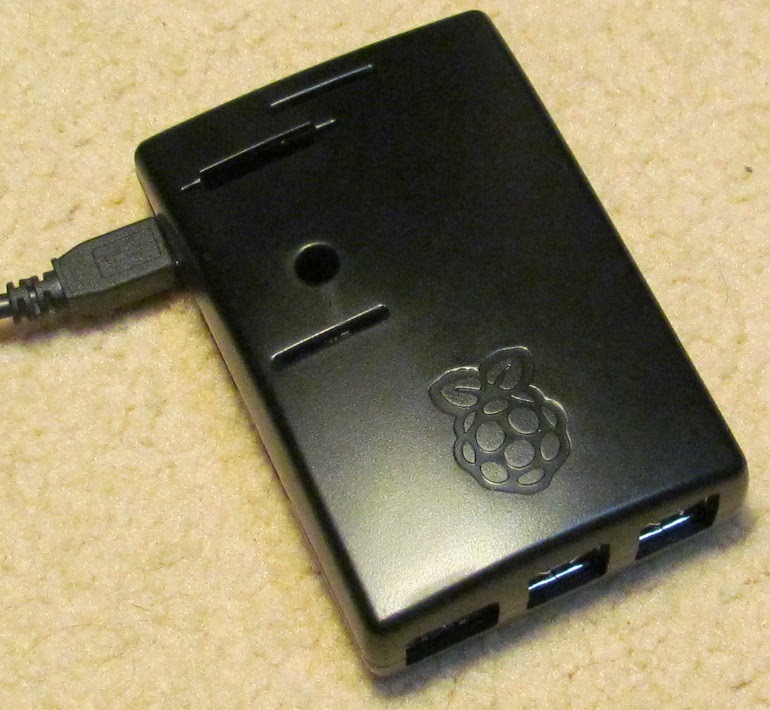 I had a fair bit of trouble getting it going. It seems my image that I run on all the B versions wouldn't work so I had to download the latest from raspberrypi.org and then plug in a screen, keyboard and mouse. I then upgraded it to Debian Jessie (the release version is still Debian Wheezy) and then cull off most of the junk they give you with it. They seem to be bundling the Wolfram Engine which was quite large.

As an experiment I tried to get rid of x11 completely, which also took out BOINC. I then went to reinstall BOINC which decided it wanted to bring back a number of x11 libraries as dependancies. Given I don't use the manager I don't need a GUI and x11 takes up a lot of space.

Having got the B+ up and running I noticed it managed to get a kernel update to 3.12.28+ #709, a firmware update and BOINC 7.4.18, so I then ran around updating all the B versions. The dist-upgrade takes around an hour and a half for each Pi. These later versions seem to be a bit more stable.

Oh and that is little something I put together to try and organise the Pi's. Its just a piece of wood with a bunch of screws to clip the Pi's onto. The white Pi with the fan isn't on here because the case doesn't have any mounting holes. I still need to organise the cables but its better than hanging them by their network cables.
Posted by Mark G James at 10:19 AM No comments:

There was a fund-raiser going for Seti so I gave some money towards that. We're trying to encourage the many people who use the project to give $10 each to help pay for the staff and equipment. Those that donate represent 0.1% of all users.


Pi news
As mentioned last week I got new SD cards. I have replaced all the SD cards on all 5 of the Raspberry Pi's. For each one I upgrade Debian, then take an image of the old SD card and write that to the new SD card.

The Raspberry Pi B+ I ordered last week arrived sans case. The case was shipped yesterday so I expect to see it early next week. I will set it up once the case arrives.

I am also trying to organise a better (tidier) location for the Pis rather than having them hang via their network cables. The white Pi case that I added the fan to doesn't have any screw holes in the base so its going to be difficult to mount. Lego anyone?
Posted by Mark G James at 9:15 PM No comments: