Farm news
The i7-5820's have been getting a bit of a work out this last week to get an idea of their performance. They seem to be about the same as the i7-3770's. I've run Asteroids, Einstein and Seti work through so far. It is better than the i7-970's that they are replacing but not as good as I wanted. I have hoped that going from a 1st generation to a 5th generation i7 would have provided greater improvements, but it seems not.

Apart from the new machines I have also been updating the Raspberry Pi's. I managed to remove x11 from them which free's up almost 100k of memory and around 800Mb of disk (SD card) space. The latest updates include the Linux kernel and boot loader..I got concerned when it said it was going to remove packages boinc and boinc-manager, but it seems it leaves boinc-client behind. The last time I tried it you couldn't remove x11 without taking out BOINC. The upgrade takes a few hours to get installed, followed by another 30 minutes removing the x11 junk so if you are going to do it allow plenty of time.


Next year
I have a few things I would like to get done. The "to do" list:

All the best for the new year.
Posted by Mark G James at 11:04 PM No comments:

These are the 6 core/12 thread machines that I got just before Christmas. They are replacing a couple of i7-970 based machines with basically the same configuration, just newer. I spent Boxing Day decommissioning the old machines and moving boxes around, installing software, etc.

I would have liked to get the top of the line CPU but the price difference was almost $800, to gain extra PCIe channels and 1 extra core/2 threads.

About the only thing I might adjust at this point is to move one of the top fans to the front of the case as I think the air-flow is out of balance, that is there are more fans removing air than drawing air into the case. 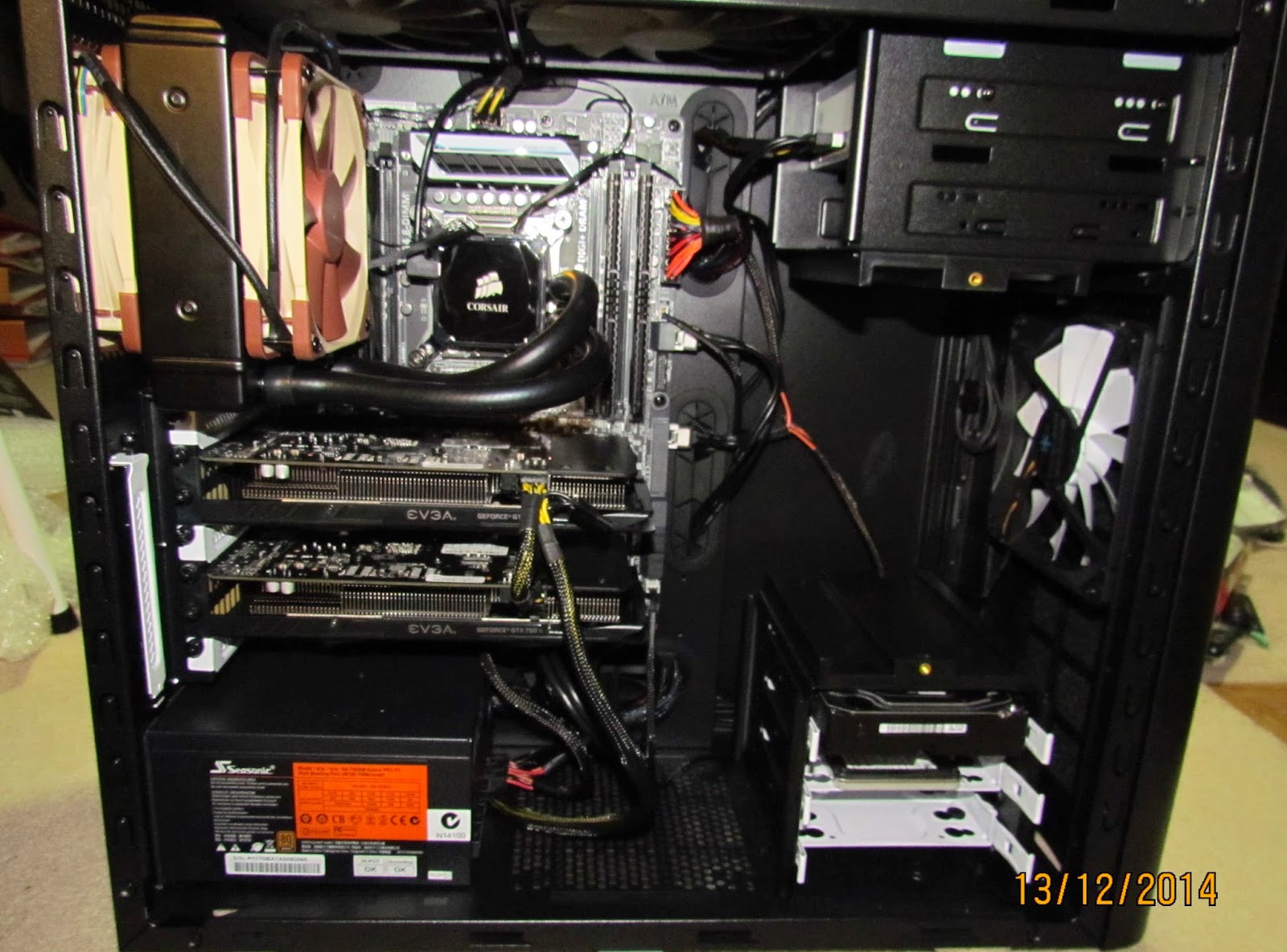 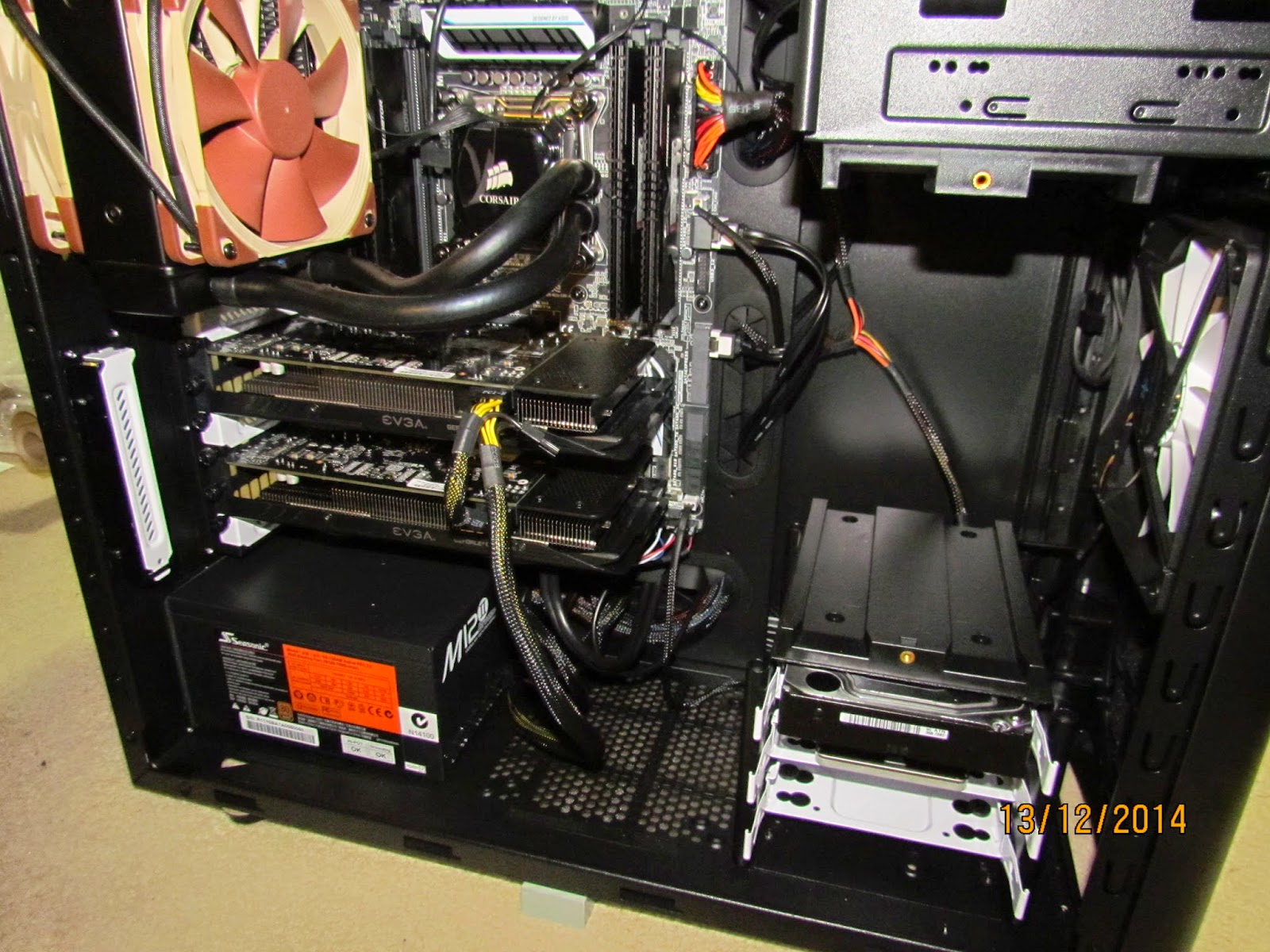 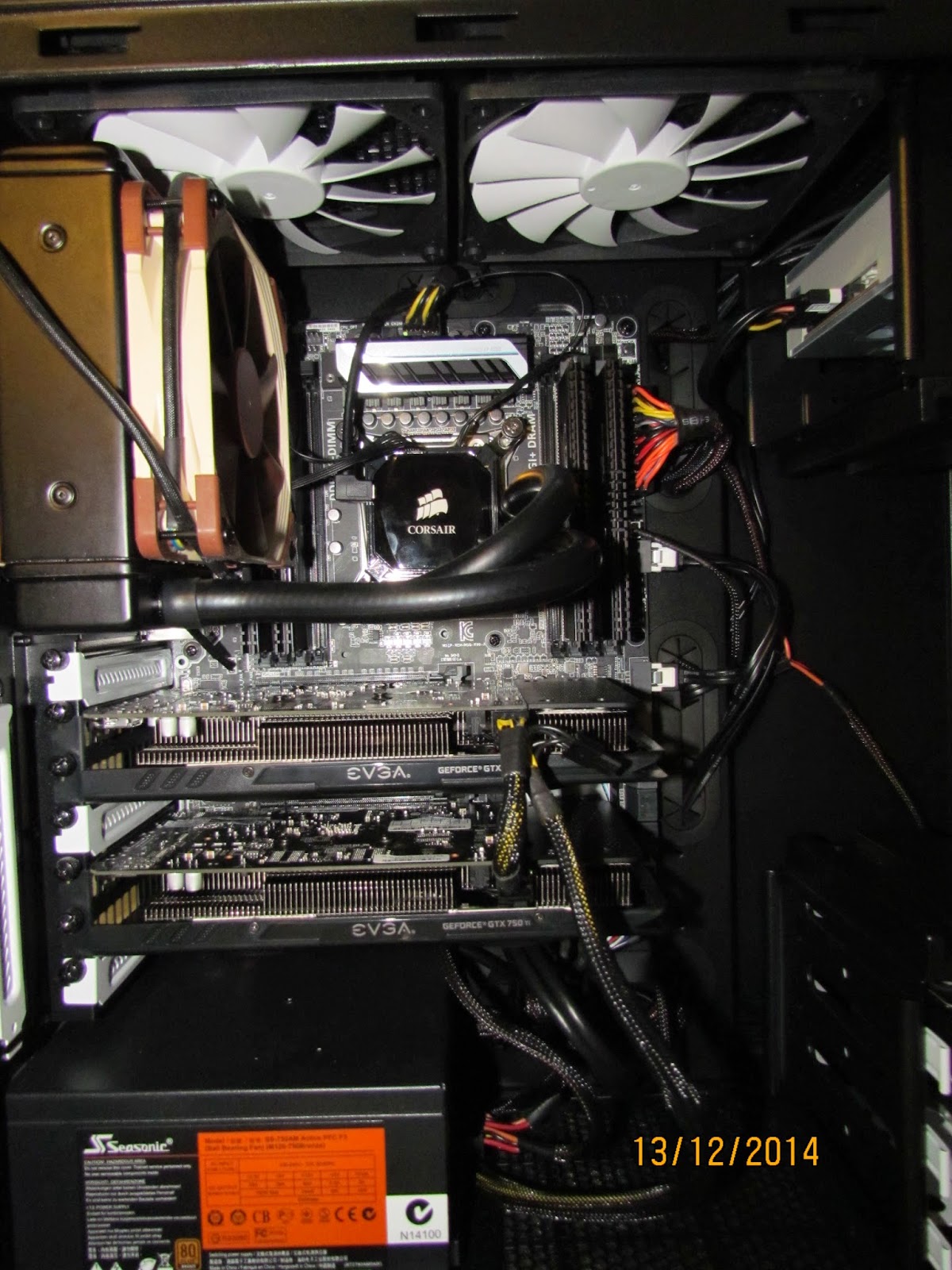 Farm news
Despite the weather this week has actually had a bit of productivity. While it was hot most of the week we got a couple of cool days and I took the opportunity to fire up the GPUgrid crunchers. I had them running until midday when it started to get hot again.

I also managed to finish off the ClimatePrediction work that one of the Intel-GPU machines had so it has cleared its cache as well. As is usual I got a few file transfer failures for CPDN and GPUgrid which I have to clear via the dial-up.

On Saturday I picked up the two new i7 replacements from the computer shop. Now all I need to do is decommission the couple of old machines and sell them on eBay. The shop still need to supply a copy of Windows 7 for one of them, but that is just a CD and license sticker so I can pick it up during the week. I took a few photos so I will do a separate blog post for them.


BOINC testing
On the BOINC front we got a new build, 7.4.35 which has already been replaced with .36. I was doing some testing of notices with .35 which doesn't seem to notify when it has new notices. The suspend GPU tasks bug has been fixed though.
Posted by Mark G James at 7:17 PM No comments:

Farm news
Mostly off would be the best way to describe it. Parallella's and Pi's have been running, everything else has been off. I even had them off for 2 days when it got too hot. We've also been getting a thunderstorm come though pretty much every night this last week with lightening and strong winds.

I did manage to get one of the Intel GPU machines to pick up some ClimatePrediction work and then had it working in bursts of 12 hours (overnight) to try and finish them off. They also give me issues uploading and I have to resort to the old dial-up modem to clear the stuck file transfers. They are taking 52 hours to compute and I restrict them to 4 at a time. I have only just now, managed to complete the first 4.


Hardware
The replacement 6 core/12 thread machines are still in the works. The shop got the DDR4 memory this week and the first machine is now complete. The second is waiting on Windows to come in from their supplier. I will collect the pair of them next weekend.

I have been selling off some of the old graphics cards on eBay to get some money towards a pair of GTX970's to replace the pair of GTX670's that I use as GPUgrid crunchers. I am working my way from the most recent cards to the oldest ones as I won't get as much money for the old cards. The more recent ones also have their original boxes so it makes it easier to sell and post them.


Raspberry Pi's and Debian
Debian (the flavour of Linux that the Raspberry Pi comes with) are coming up to another release called Jessie. The current release is called Wheezy. I have been running Jessie on all the Pi's for some months now with them getting frequent updates as it was considered a testing release. My main reason for using Jessie was to get a more up to date BOINC client. Jessie went into a freeze period at the beginning of November as they prepare it to become the next release, some time in early 2015 although there is no official release date.

The last BOINC client that made it into Jessie was 7.4.23 so that is the version we will be running for the next 12-24 months, unless you want to compile your own.


BOINC testing
After the release of 7.4.27 they found a couple of bugs and so we're testing 7.4.32 at the moment. The main fix is to the backup project not working (zero resource share). While that seems to be fixed it won't suspend GPU tasks so there will another version to test in due course.


Project news - Seti
They received some data from the Arecibo radio telescope, only 4 disks worth, so that will be processed fairly soon. They are still trying to rebuild their Astropulse database so they haven't managed to get any Astropulse work sent out yet. I understand they are still working on the back-end plumbing for the Green Bank radio telescope data as well.
Posted by Mark G James at 9:17 AM No comments: