Farm news
The farm has been chugging away all week with no dramas. During the week I tested the Nvidia 301.42 drivers on one machine. This weekend I took the opportunity to upgrade all the machines to it. I also upgraded the BOINC client to 7.0.28 so they are all the same.


Nvidia releases 301.42 drivers
Nvidia has released updated drivers. Nothing new in that, except this version addresses the "sleep bug" that the 295.x and 296.x drivers introduced for Windows. That means it should be safe to upgrade to this version so you can run CUDA 4.2 apps.


Project news - Einstein
I forgot to mention last week that Einstein have an OpenCL app for the ATI graphics cards. Its been in testing for a while on Albert@Home (the Einstein beta test project). It has now been released on the main project.

They also discovered 3 new pulsars in the data from Arecibo.


Project news - GPUgrid
They have been beta testing a CUDA 4.2 science app for a few weeks. They will be rolling it out publicly next week. The normal sized work units will still use CUDA 3.1 for the time being with the CUDA 4.2 app being used for the "long" work units.
Linux users will need 295.x drivers (or later) and Windows users will need 301.x drivers (or later) to run the new science app.
Posted by Mark G James at 5:17 PM No comments:

Not much to report this week. The farm had the weekend off as I went down to the snowy mountains.


BOINCstats
There has been a number of changes to their web site. A few people have complained that they have to use multiple tabs to see things now, where as before they were on a single page. I haven't looked at my stats recently so can't comment on the changes.


Farm news
Apart from the weekend off its been crunching pretty flat-out on 3 of the machines.
The GTX570 in Sulu is starting to build up its RAC (recent average credit) as its been running constantly for about 2 weeks now. Its currently up to 90,000 which is pretty good for a single GPU.

The older EVGA GTX570 was sold on eBay, so its off to a new home. As I mentioned before I am looking at GTX670 cards to replace the remaining Palit GTX570's with. There is about 60 watts of power saving between the two generations of cards.

I have donated a bit to both. Actually one was meant to finish off the 1st fund raiser, but I picked the 2nd by mistake. To fix it up I made another donation.


Project news - Seti
They spent most of last week off line due to a power failure. They are now back on-line and everything is up and running.

A 15kV underground power line heading from the campus power substation to the hill where the Space Sciences Building is located, shorted out around 2030 on Tuesday night. PG&E, the local power company, spent two days crawling the line from manhole to manhole looking for the problem. Apparently while looking for the first short, they managed to cause another short in the line.
Posted by Mark G James at 11:19 PM No comments:

Another SSD
I installed the Intel SSD in Spock on Monday. I copied all the stuff over from the hard disk, repartitioned it, formatted it and then copied a few things back. Adjust the defrag settings and run the SSD toolbox software and its done. The 3 main crunchers now have one each.


Heart transplant
This weekend I went off to the computer shop with Spock and the i7-970 CPU I mentioned on the 5th of May. It had its CPU transplant and a Corsair H80 cooler installed. Its been having a bit of a work out this afternoon when I got back home.

I have also had a look at the Corsair-Link solution to see if it might help with cooling. It allows monitoring various sensors in the machine and adjusting the fans and/or H80 cooler. Its both a hardware device that you plug fans and the H80 into and software for controlling them. They sell in the US for $100 each. I am not sure about Australian pricing.


GTX570 for sale
The GTX570 that was removed from Spock is now up on eBay. It turns out I had the original box with all the bits in it, so its packed up again and ready to go to the highest bidder.


GTX670's are out
Nvidia have now released the GTX670's based upon the Keplar chips. I have been having a bit of a look online as possible replacements for the 2 remaining (factory overclocked) GTX570 cards that I have. The Palit ones look quite good, but I need to see if there are any real world examples of people using them for crunching.
Posted by Mark G James at 12:15 AM No comments: 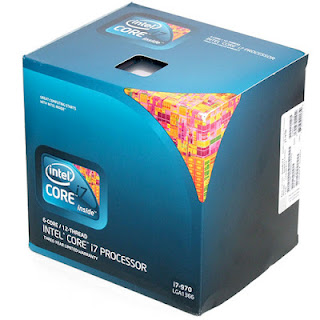 Quake Catcher project news
They also went off line for a few days. Now that they are back online it looks like they have updated their web site.
Posted by Mark G James at 11:09 PM No comments: