As I mentioned in my previous post I received one Ryzen 5900X CPU. I have replaced one of the Ryzen 3900X with it. Before swapping out the old CPU I did a BIOS update to get the latest AGESA (1.1.0.0) to support the Ryzen 5000 series. The Linux kernel doesn't like it. When it boots up it throws quite a few of these messages:

It still manages to start up though. I haven't tried doing any crunching with it.

From internet searches it would seem there are upstream patches for device 0x1650 to the EDAC but I'm not sure what kernel one needs to be running to get it. The machine is running a 5.8.10 kernel. I tried 5.9.6 from Debian bullseye but that didn't help. There is a 5.9.9 in testing which I haven't tried. If you run Linux check you can get a (very) recent kernel before you install your nice shiny new Ryzen.

I should point out that the machine still works despite the 24 EDAC errors above.

I have raised a bug with Debian but haven't had any response. I don't know which kernel will contain a fix. I tried the 5.9.9 kernel and that didn't help.

Debian have an upcoming release of bullseye, expected in March 2021. The 5.10 kernel has been listed as an LTS (Long Term Support) version so I wouldn't be surprised if they put the 5.10 kernel into bullseye and hopefully it contains the necessary patch.

Debian closed the bug. The patch is in the 5.10 rc7 kernel. While 5.10 has been released by the kernel team it had a couple of bugs with the RAID code so they released a 5.10.1 already. Debian experimental have this at the moment and I expect it will be pushed up into bullseye in time for its release.


Other news
Most of the week has been hot so the farm was off, apart from the Pis. A cool change came through yesterday so I have the CPU only machines running Rosetta.

I received one of the Ryzen 5900X CPU's that I ordered. When one of the CPU only machines finish their work I will swap out its Ryzen 3900X. I have not had any update from the other supplier for the second CPU that I ordered.

The ELCB (Earth Leakage Circuit Breaker) aka safety switch has been tripping off a few times this week. I have two power circuits that have safety switches and its always the same one. Trying to isolate which power point is causing it has been impossible, other than its on the circuit that powers all the computers, most of which have been off this past week. I should split the computers across two circuits to spread the load but that means rewiring the place which I am trying to avoid. 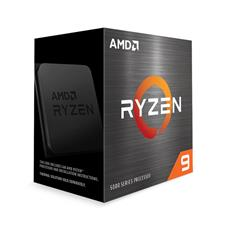 Last night I stayed up until 1AM for the Ryzen 4th generation official availability. I used two of my regular PC suppliers web sites.

I am searching for the Ryzen 5900x and around 1:05AM I get a hit, add it to my cart and go straight to the checkout. I got as far as the payment method and then it tells me there is no stock, even though it was in PreOrder status. Tried again and same thing, so I guess the bots got them all.

Ryzen 9 5900X
Very high demand and limited stock. Our shipment arriving early next week will cover only ~15% of orders placed up to 9am Friday. We are waiting on updates from AMD for what we can expect to receive throughout November.

Ryzen 9 5950X
High demand and limited stock. Our next shipment due early next week will cover ~60% of orders placed up to 9am Friday. We are waiting on updates from AMD for what we can expect to receive throughout November.