The weather seems to have cooled down in the last few days so the farm has been running almost at full capacity. The only machines not running are the GPUgrid crunchers as the GTX970's produce quite a bit of heat.


Project news - Einstein
They have a new CPU based search called the O1 gravity wave search. They have split tasks into 2 sizes, one for "fast" machines and one for the rest. All my machines except for the Parallella's and Raspberry Pi's are considered to be fast. Fast is a relative term because the 6 core/12 thread machines are taking 12.5 hours to do them (all 12 threads at once). The i7-6700's are taking 13.5 hours (all 8 threads going). Basically all the farm are running them at the moment.

The BRP4 work that the Parallella's and Pi's do seems to have stopped and they have mostly run out of work. There is some issue on the server side that the project need to work through.


Pi3
One is in service as mentioned last week. I am still waiting for the cases to come in (they aren't due until April). I have asked about copper heatsinks but haven't received a reply yet from two sellers on eBay. The smaller copper ones and Aluminium ones are readily available but not the taller copper ones. I also need to get some more 60mm 5 volt fans.
Posted by Mark G James at 4:13 PM No comments:

Nvidia GPUs
All off


Farm news
My 4 Pi3's turned up today. Unfortunately I only have one spare heatsink so used it. Cut-over from a Pi2 to Pi3 was straight forward. Shutdown Pi2, remove SD card, back it up and insert into Pi3. Start up Pi3 and off it went. I updated the firmware (sudo rpi-update) and that was it. Heat is a big problem though. It went like this:

As you can see it gets HOT. At that point I pointed a desk fan at it which seems to have got it back to 52 degrees. Room temperature was 28 degrees. You'll need a heatsink and a fan.

It looks like when my official Pi cases arrive I will need to do some surgery and add a fan. It will probably be something like I did to the Parallella (see my 19 May 2014 blog post to get an idea).

While doing a bit of research online I came across the C4 Labs Invasion case which I think looks pretty cool. You can see it better at http://c4labs.net/products/invasion-for-raspberry-pi-2-and-b 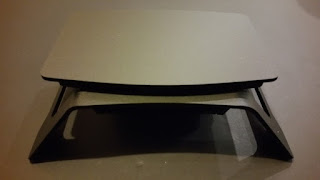 Farm status
Intel GPU
One running overnight, the rest are off

Nvidia GPU
All off

Parallellas and Pis
All the Pis and one Parallella were running Seti beta work, however they seem to have run out of work units. As of now they are all back to running Einstein BRP4 work.


BOINC testing
We got 7.6.28 for Windows this week. 7.6.31 is also out for the Mac although I see that LocutusOfBorg has already got it into the Debian Sid repository and his own ppa. The main changes are to bring the support libraries up to date (OpenSSL, Libcurl, etc) and cookie-less installing. I did have a problem upgrading one machine but the other 9 Windows machines worked fine. A reinstall seemed to correct the problem machine.


Pi3 announced
On the 29th of February (the 4th birthday of the Raspberry Pi) they announced the Pi3. Its got a faster quad-core ARM CPU at 1.2Ghz but is basically the same as the Pi2 with built-in WiFi and Bluetooth. Memory is the same (1Gb). The price is the same at 35 USD.

They also announced that they have sold more Raspberry Pi's than any other computer in the world. That's 8 million and are still selling them. 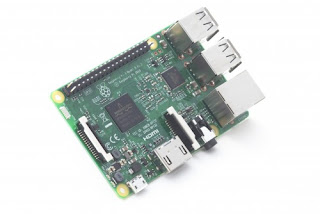 While its a 64 bit CPU it can run the existing 32 bit programs as before. They have said they will look at updating to 64 bit mode later if it provides any value. The main comments on the announcement blog seem to be around why its still only got 1Gb of memory and why the LAN speed is still 100Mbit.

Of course I went online and ordered 4 to replace the Pi2's. They're out of stock but expected in the next week or so. The Soc (System on a Chip) is slightly larger so I will need some more heatsinks but haven't found any copper or copper/aluminium ones for the Pi3 yet. Just as well that I am still waiting for the official Pi cases as they will now get used for the Pi3's.
Posted by Mark G James at 1:05 PM No comments: