Farm Status
Intel GPUs
All off at the moment. They have been running overnight.

Nvidia GPUs
All off at the moment. The two GTX1060's were run overnight.


Linux testing
I did some more testing with Linux giving various VM's a workout. I have a Debian Jessie VM, a Debian Stretch VM and a Mint VM. I'm in a position to switch the Intel GPUs over to Linux without too much drama. About the only problem I see is each machine will get a new identity and lose its history of work done.

It seems Microsoft has started giving messages about unsupported CPU's on earlier versions of Windows with the latest CPU's which includes the AMD Ryzen. That means all new equipment I buy will probably be running Linux. Not the smartest idea from Redmond. It will be interesting to see how much market share they lose.


Storage Server
It is still on its way. I have already picked up a bunch of new 4TB hard disk drives to go in it. I have also ordered a 10Gbit network card to put in it. That means I'll have to get a couple of switches that support 10Gbit before I can make use of it. I am thinking of a 1Gbit switch with a 10Gbit uplink for most of the crunchers and a 10Gbit main switch. All my machines (apart from the Raspberry Pis and the AlphaServer) have 1Gbit network ports, some have two.

I need to make some room for the new server. I'm expecting to get rid of a number of CM Storm Sniper cases. Two of them still have ASUS P6T's and Corsair H80 water cooling in them, the other parts have been cannibalised. The other two are empty.

After that I need to sell off the existing i7-5820K's (I have two) before I can order some AMD Ryzen's to replace them with. Then there are all the old graphics cards that I need to get rid of...
Posted by Mark G James at 11:07 PM No comments: 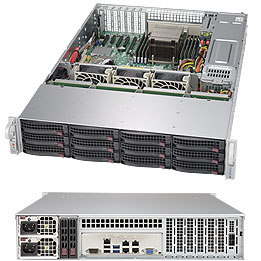 Once these issues are ironed out I think they'll provided a great replacement for my 6 core/12 thread machines and I will place my order. I need to sell off my old hardware to make room for the new stuff.
Posted by Mark G James at 10:26 PM 2 comments: