As you can see my Pi Drives arrived. 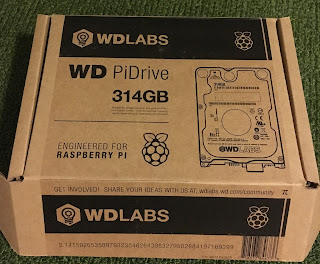 One thing to be aware of is its just a bare drive. You will also need some form of enclosure to protect the drive  Here is one of the enclosures they also sell for the Pi Drive. They have a few different types but I went for one that sits under the official Rpi case. 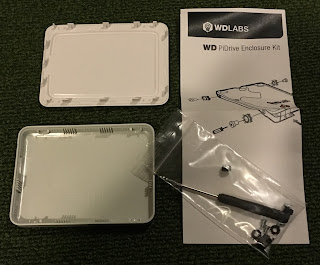 You get a miniature torx screwdriver to attach the screws and the rubber grommets to the drive. The other two pieces next to the screwdriver handle are for the LED which is a surface mount on the rear of the drive. 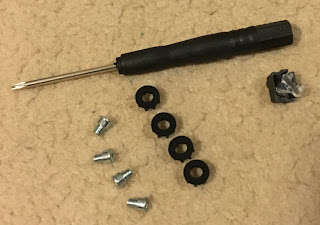 And here is the drive with its USB connector on the back. Its a 2.5" 500Gb drive but has been modified to work with the Rpi (ie slower spin up time and capacity reduced to 314Gb). 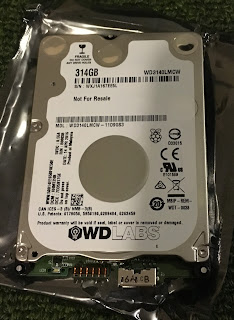 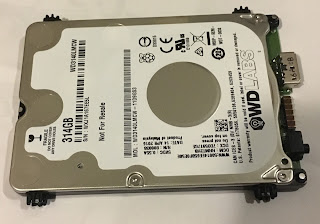 And here is a side view after putting it into the case.

And a top view. You can see the plastic ridge that the official case sits within. The dimples are where the rubber feet on the bottom of the Pi case sit. 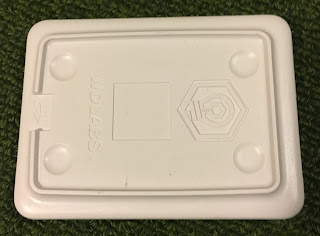 Here's the cable that connects them all up. It too is an optional extra. 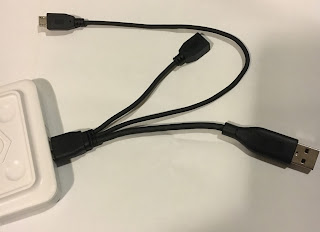 Here is one of my modified Pi cases with a fan on top, sitting on top of the drive enclosure. 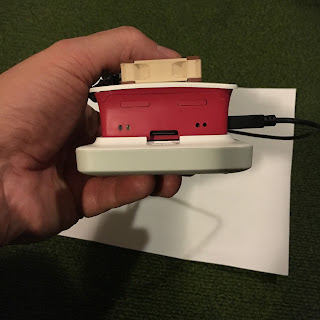 You can see the copper heatsink directly under the fan to keep the Pi cool. The cable on the top is part of the fan cabling that connects to the GPIO pins for power. 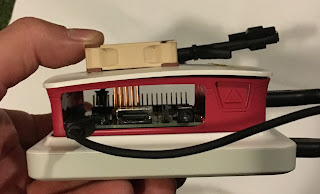 To move the root partition see http://markjatboinc.blogspot.com.au/2016/10/moving-rpi-root-partition.html that I posted in October. It still boots off the SD card but the root drive is now on the Pi Drive.

It cost me USD 98 for the two drives, enclosures and cables. The freight forwarding added another USD 50 to the price. But then one can't buy them in Australia.

It all worked out of the box. There are small parts such as the screws and the light diffuser for the LED which can be difficult to handle if you have big fingers. My only complaint about it so far is its only 288Gb when formatted as ext4. They have a 1Tb drive available, it costs more of course but I haven't tried it.
Posted by Mark G James at 11:20 PM

Out of sheer curiosity, how well have the PiDrives been performing for you with BOINC? I've been contemplating the idea of picking up a few Raspberry Pi 3's and would prefer to go with a hard drive if it solves the issue many report regarding having to re-image the MicroSD cards every few months.

I haven't had any issues since moving the root partition onto the Pi Drive. The pair of them have been running 24/7 since I got the drives.

Apart from getting the optional enclosure, unless you plan on making one of your own, I suggest getting the cable to make sure the drive doesn't rely on the USB port for its power.