Milestones
Coming up on one for Einstein, but just a bit shy of 6 million at the moment.


BOINC testing
We got 6.12.15 this week. It addresses some installer issues for the Mac. It has a couple of tweaks around work fetch that apply to all versions. It won't ask for work if it uploaded in the last 5 minutes. I suspect this will lead to issues where people won't be able to build up a decent cache of work, but time will tell. Its meant to reduce the load on project servers that are overloaded.

I setup batch jobs (it runs from a command prompt) to backup the BOINC data directory to the file server. Depending on the amount of data this was taking up to 20 minutes to copy a couple of Gb. When using Robocopy it can do the same job up to 20 times faster. It can compare file timestamps and only copy newer or changed files a whole lot faster and skip the ones that haven't changed.


Machines in the shop
The technician who was working on both of them has been off sick for a lot of last week so they haven't done anything with the 2 machines. I'm expecting to bring them home next week.


Project news - Einstein
They have released a newer cuda cuda app that addresses all known issues with being able to cross-validate work done on a different platform. That is a Binary Pulsar work unit would fail the comparison if the version were run on a different operating system. For example the result files for a Windows work unit wouldn't match a Linux work unit.


Project news - Seti
Its up, but the network bandwidth has been totally used up since the middle of the week. Looking at the cricket graph its been pegged at 95Mbit for downloads and a smaller amount getting through for uploads. Oh to be a popular project :-) 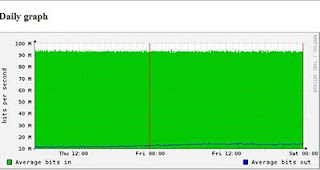 Weather
Well the week started off cooler so I had a few machines running at the beginning and by today we're back to Maul only and running overnight. The forecast for next week is looking similar. As we head into autumn things should start to cool off and we can get more machines up and running.
Posted by Mark G James at 6:32 PM